Its Been a While!

Wow, its August already.  July has been a very busy month for us including another appearance in our local parade with Cora riding on the back deck of our 'vintage' Corvette.  Perhaps we will post a pic or two in a later post.

And while its been a hot summer, there is part of me that has escaped the 'heat'.  Well at least until now.  As I write this I am waiting for Cora to dress in one of her 'Power Girdles' to be followed by me getting a thorough spanking. 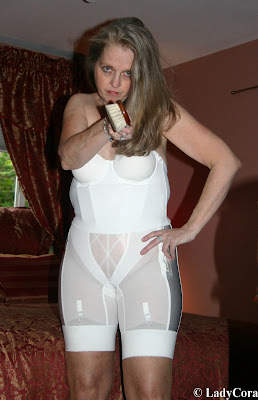 Seems as though a couple of days ago I upset her.  Something about my 'attitude'.  I think I am not the only male part of a relationship that gets in these situations.  And I am also guessing that I am not the only guy that is not sure what I did to trigger her anger.

We had a bit of a 'disaster' when our disposer developed a quick leak with water ending up all over our floor.  I tried to take charge as I could tell there was nothing that could be done to stop the leak and it was necessary to contain the flow as soon as possible before the disposer dumped its entire load on the floor.

Guess I may have been a little too 'take charge' and it pushed one of Cora's buttons.  Pushed it hard.  In the anger of the moment, I suggested that Cora go to another part of the house while I made repairs.  A couple of hours later I had replaced the disposer and things were working well again.  With the sink, that is.

I could tell that Cora was very upset with me but thankfully she did not go into 'discipline mode' right at that time.  However, this episode still needed a conclusion.  So this morning, I delivered one of our 'Notices of Discipline' with her morning coffee.  She promised that she would dress up in one of her Girdles and deliver a well needed (and deserved) spanking. 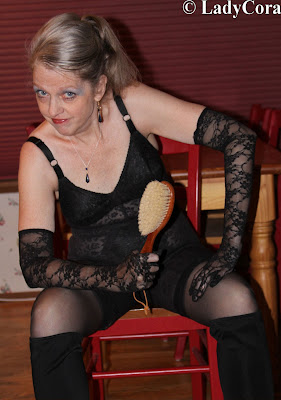 So at this time, I am waiting for Cora to get into her Disciplinarian mode.  For me, the anxiety is building and while disconcerting, it is also quite exciting.  I am guessing that Cora will leave me with a very red and probably blistered bottom. 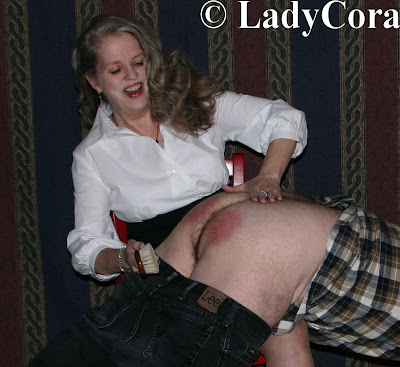 P.S.  To 'Joe' who left an anonymous comment on our last post, thank you so much for your very, very kind words.  It touched both Cora and myself deeply.
Posted by spankedbywife at 6:00 PM 7 comments: