We have also been amazed at the number of men who have expressed their own enjoyment in wearing panties, too.  The postings about our panty adventures have resulted in lots of comments and it seems there are many more of you out there than I ever would have guessed.  I seem to be in good company.

SpanX.  That's been quite a story.  As mentioned before, the first ones purchased turned out to bee too small for me but they are quite happy to occupy Cora's panty drawer.  (So to speak!)  The other pair of SpanX took over three weeks to get here, arriving only last Monday, but we were able to find a pair at a local department store at our local mall.

Last Wednesday we drove to the location of our tax accountant.  On the way back I suggested that we stop at our mall. Access from the freeway was quite good and would only add about 20 minutes to our trip. Previously, I had made inquiries of where SpanX panties could be obtained.  Turns out that they are available at Nordstrom's, one of the major department stores at our mall.

So  in we went and found them on the third floor.  Oh my, there were racks and racks of them.  We had no idea that the SpanX line is so large.  We finally located a pair similar to the ones we had ordered previously but in a larger size.  We made our purchase and headed home.

Now these are quite different from the VF panties previously purchased.  Very different.  They feel almost like a pantygirdle with long legs and a high waist.  Naturally, I asked Cora to 'break them in' and soon I was over her lap getting a dose of her Ebony Hairbrush and the OTK Spanking Paddle.  That was followed by a session bent over our kitchen table getting a substantial paddling.  Cora used several of her WAD's and I was getting my bottom quite toasted.
I know Cora was thoroughly enjoying herself and I could also tell that she was spanking me much harder than she used to.  Something about me wearing panties really brings out the spanker in her.  I must say that I rather liked getting spanked harder.  Naturally the panties or SpanX absorb some of the impact but its more than made up for by the intensity increase from my lovely wife.
Today we made a quick trip to the grocery store.  I decided to wear the SpanX hoping that it would inspire Cora to paddle me upon our return.  Indeed she did paddle me.  It was not a long session but we did set up the camera and the photos attached here are 'hot' off the press.  Naturally, as I'm typing this text I am sitting rather gingerly.  But with a big grin!

Posted by spankedbywife at 6:12 PM 6 comments:

Its been over two weeks since Cora took me on and administered an old fashined spanking: good and hard!  We posted photos from the first part of that spanking on the day of our fifth anniversary, February 24.  Those photos showed Cora delivering an Over-the-Knee spanking with her Ebony Hairbrush and her OTK Spanking Paddle.

Well, after getting my bottom thoroughly toasted by her, she then bent me over our kitchen table and applied several of her paddles to my already reddened posterior.  Here are a few photos from that session.

So that was over two weeks ago.  Lots happened since.  However, I'm probably due for another session with Cora's paddles, straps and hairbrushes.  In fact she just requested a blank 'Notice of Discipline' and a pen. 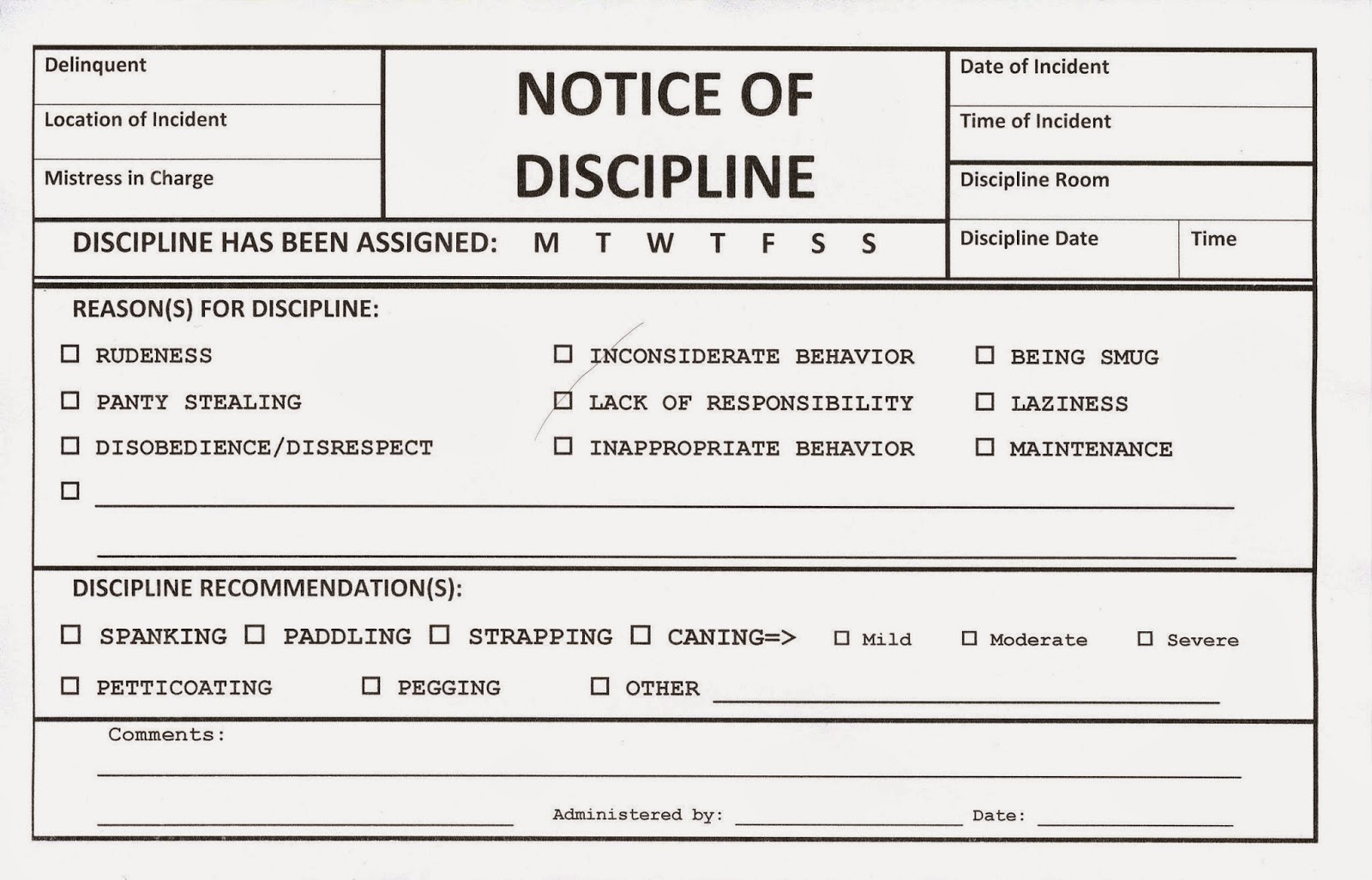 Well, they finally arrived.  Actually they arrived a couple of days ago and even beat Amazon's earliest expected arrival date.  The order consisted of ten for Cora and a half dozen for me. 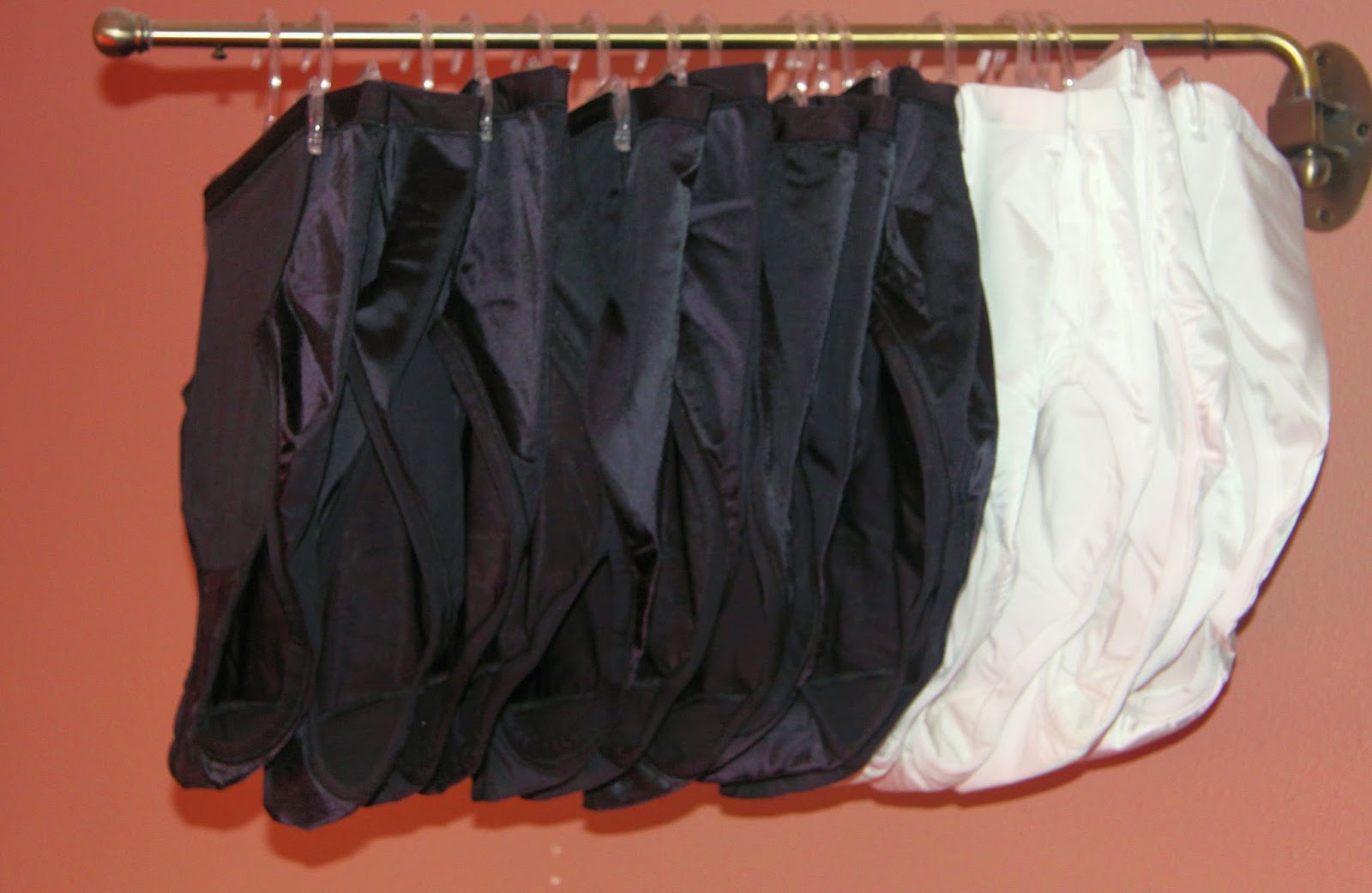 I'm already enjoying the pleasures of wearing them.  However, Cora has yet to 'break them in' with a spanking.  More to come. 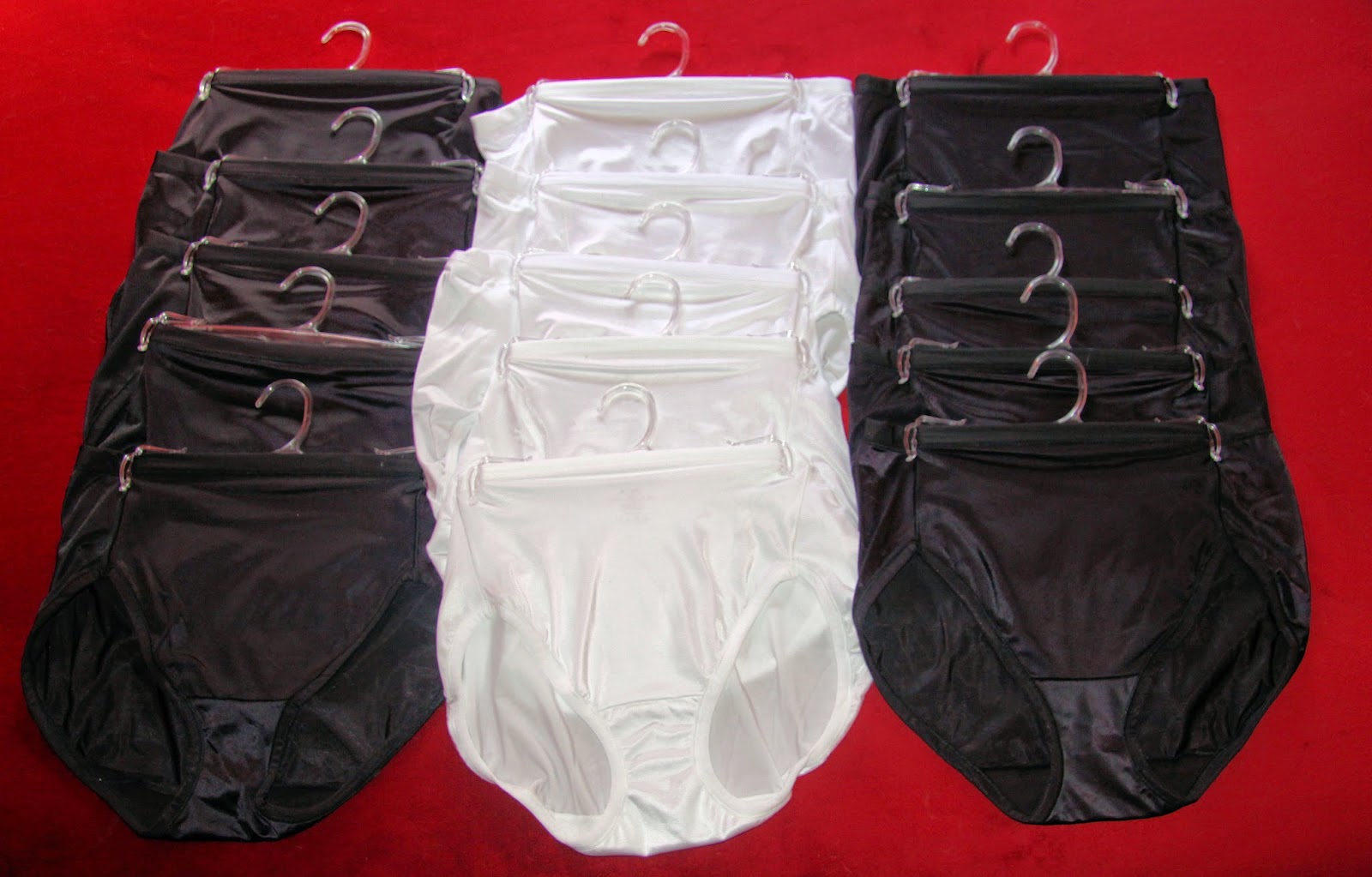 Oh, and one of the pair of SpanX arrived too.  The other one  still shows 'Accepted at USPS Origin Sort Facility TETERBORO, NJ ' way back on February 23.  I guess they must be stuck behind a New Jersey bridge closure. 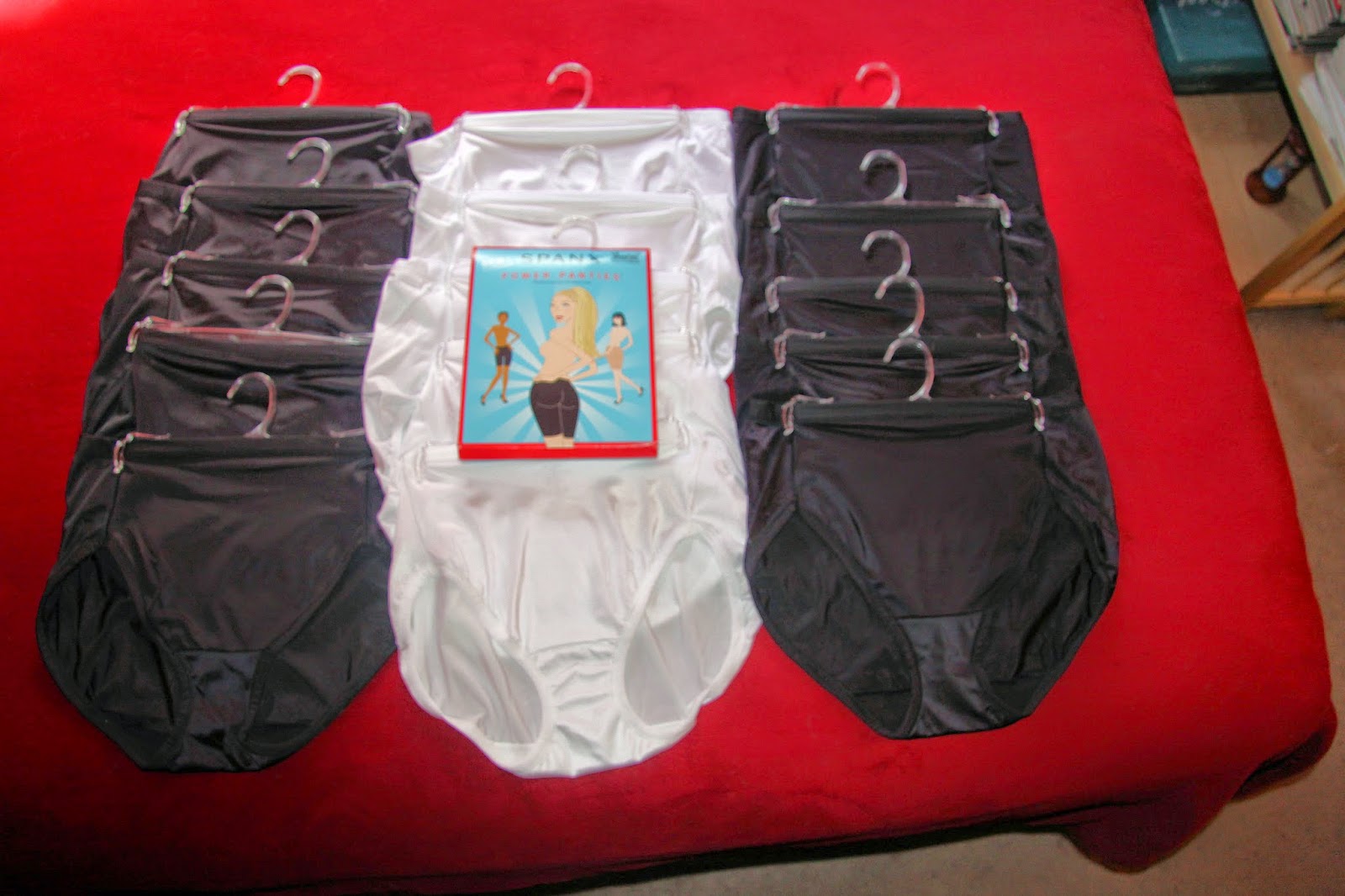 I think these will last us a while however it turns out the SpanX are a little small for me.  But not to worry as they fit Cora just fine.  I'll order another pair in a larger size.  That will open up the possibility of Spanked in SpanX by Cora wearing SpanX!

Again, thanks to our fellow bloggers who made their thoughts known to the blogger group.  Our efforts got their attention and paid off!!!
Posted by spankedbywife at 3:05 PM 6 comments:

Its Been Quite a Week

Wow!  Its been quite a week.  With all the issue with the Google blog policy and such.  We're really delighted to see that its behind us, at least for now.  And then there was the issues surrounding our purchase of panties but we did receive confirmation that most of them have been shipped!  And it appears that they will all arrive on Tuesday.  Finally!

And this will be the eighth post since February 20.  I can't remember a spell where we have posted this often.  And we still have yet to post part two of the 'Spanking Spectacular' and unless there more chaos from something like a Google policy issue, we'll post it in a few days..  Actually there will be a photo from that session to help illustrate what happened Friday afternoon.

It seems as though during the early hours of Friday morning, I pulled the covers off Cora.  Naturally she wasn't happy but grabbed another blanket that she keeps handy for just such an incident.  Seems as though I've done it before.

Sometimes, Cora will assign a session of her discipline and never follow through.  I guess she gets distracted with the events of the day.  However, I wanted to make sure that she didn't forget this one.

We often take a quick nap in the afternoon and Friday was no exception.  Upon rising I took our dogs outside and then prepared for getting a spanking from Cora.  During this time, Cora was getting dressed for the evening.  It seemed like she was taking forever as I had lined up four of Cora's WAD's (Weapons of Ass Destruction - my Ass!) on our kitchen counter.  I had prepared myself by wearing a pair of black panties which Cora had handed down to me.

Finally, she descended the stairs wearing a nice, tight pair of jeans and a top appropriate for the evening.  She found me bent over the table and the paddles ready for use.  I detected a bit of a giggle but she didn't hesitate.  She grabbed the first strap and laid the first stroke on my waiting bottom.  I didn't count but it wasn't long before she switched to the second strap and spanked me with that for a while.  Next she applied her PurpleHeart paddle, too but first pulled my panties down to expose my bare bottom.

Its interesting the different effects of leather versus wood.  However I was very aware that she had switched to the much heavier PurpleHeart paddle.  I hadn't looked back during the time I had received the straps from Cora but I did turn around to verify the fact that she was using the PurpleHeart.

Even if I say so myself, I think Cora has a fabulous figure.  And in turning my head to check out what was burning my bottom, I had a lovely view of Cora's curves.  Lovely indeed!  Oh, if  all women realized the power they hold in their curves.

Finally, Cora set the PurpleHeart down and picked up the Spencer.  I think she planned to make a point with that paddle and began spanking me a bit harder that previously.  I have described what its like getting paddled with the Spencer before but it never ceases to get my attention.  You see, the small holes in the Spencer create a whistling sound when swung with enough velocity.  And Cora was putting on the velocity.  I heard that characteristic whistle just before feeling its stinging punishment.  Stinging indeed.

I think she applied twelve of her best with the Spencer paddle but somewhere in the middle asked me if she was paddling me too hard.  I guess my ooo's, ahhh's and eeek's where telling her that she was definitely getting through to me.  I replied, "No" and she continued paddling me.

Finally, she stopped and told me to get up.  I don't think the entire session took more than five minutes but I could sure feel the sting.  And she remarked, "That sure felt good to me and it sure was a stress reliever".

Now, there is a 'Smart-Assed Masochist' (SAM) in me and later that evening it decided to come out.  "Do you remember the question you asked me", I said to her.  "No, I don't", she replied.  "Well, you asked if you were paddling me too hard".  Her response was, "Oh, yes I remember and you said that I wasn't".

Her response was one of those looks only women are capable of.  I just smiled back.  So next time, I expect Cora will get her revenge for questioning her ability to paddle a naughty husband like me.  When that happens I'm sure I'll be thinking, "Should I have thought about being careful what I ask for?"
Posted by spankedbywife at 11:11 AM 3 comments: