Another Story Published and The Perfect Spanking Lap

I spend quite a bit of time reading spanking related stories on the net and I've mentioned the 'Library of Spanking Fiction' a number of times.  There is even a link to them over on the right side of our blog.  And last April my first story was published.  Believe me, it was exciting to see my story published along with the stories written by some very good authors.

Well just a few days ago my second story, "Its Time For Your Three O'Clock Spanking" was published.  It deals with an incident that happened when I was about ten or eleven years old.  My aunt was visiting.  She had quite a sense of humor and loved to tease.  So one day while I was occupied in an upper loft of our summer cabin, she called out to me, "Its time for your Three O'Clock Spanking".  Oh and did mention she taught sixth grade?

At the time I was just beginning my obsession about getting spanked by authoritarian women and as a sixth grade teacher, she certainly fit my ideal candidate to get a spanking from.  So while I realized she was just teasing, I always wondered, "What If?"  So my story takes it from there and what might have happened if I had spent a week with her later in the summer.

One of the nice things about the Library of Spanking Fiction is the feedback you can receive through comments.  In some ways its like the comments here on our blog.  And I did receive quite a few really nice comments. 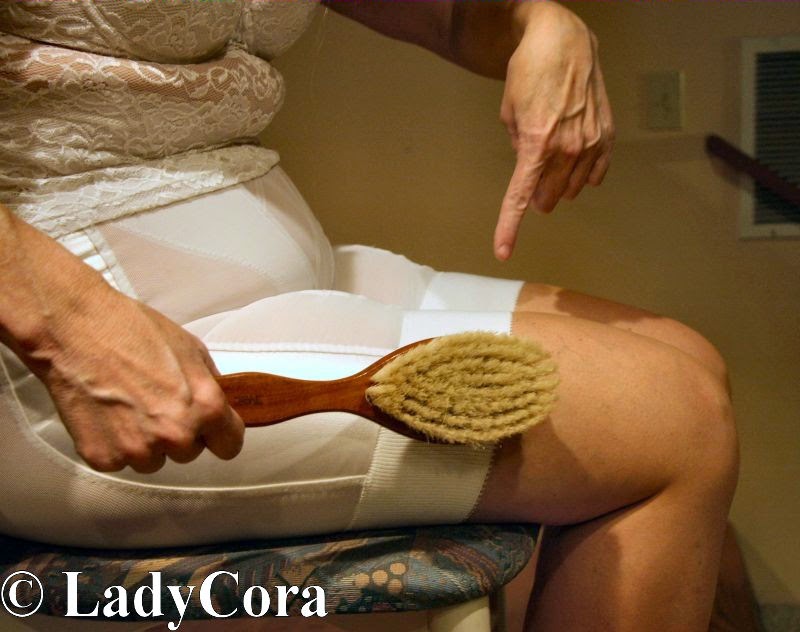 What caught me by surprise was some of the observations by the commenters  regarding my description of my aunt's lap.  Its no secret that I have a strong fetish for girdles, stockings and high heels.  I know that its related to the era of my days growing up.  Most women still work skirts or dresses which also called for hosiery.  Bare legs wasn't something that was considered very fashionable at the time. 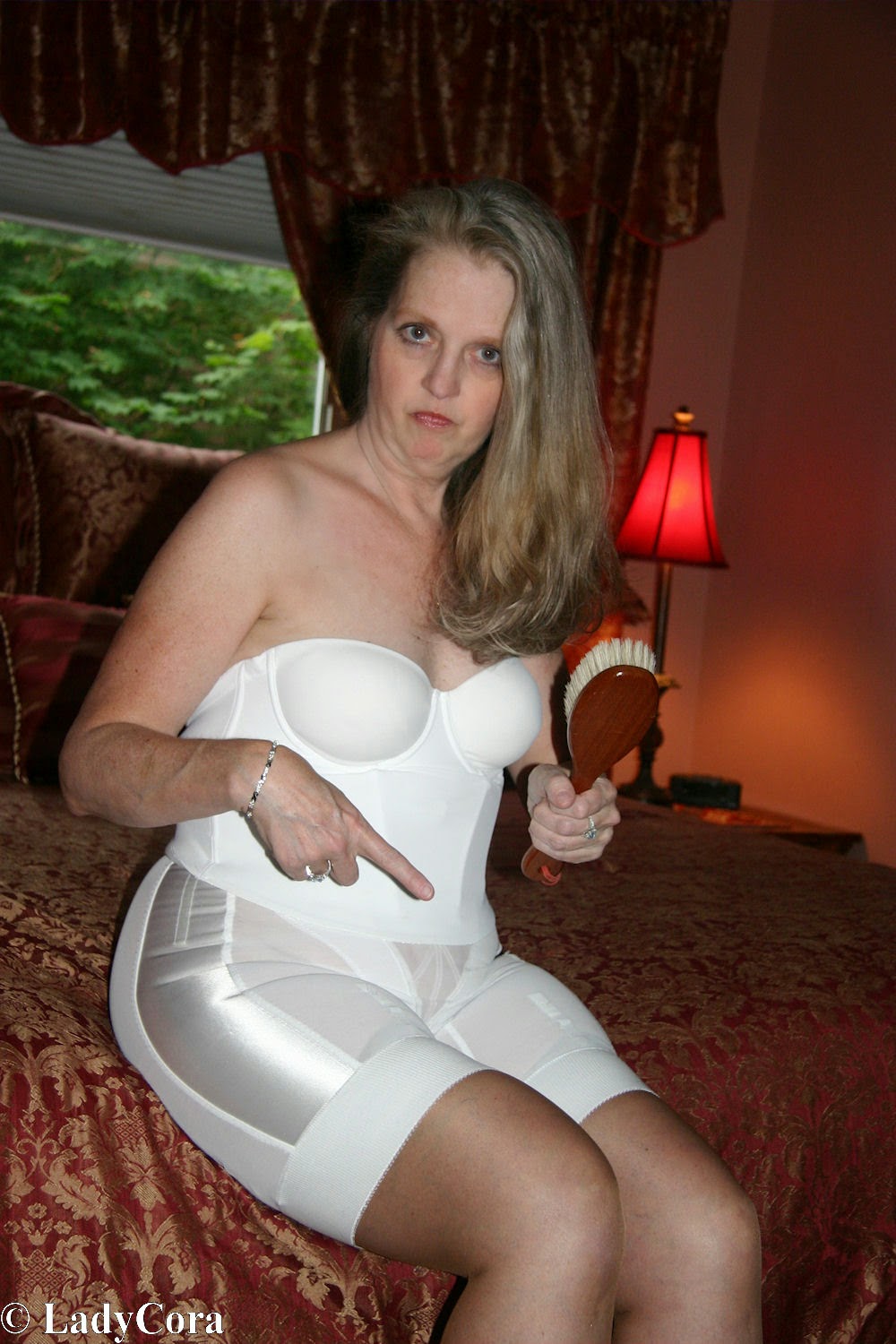 Since pantyhose hadn't yet become readily available or popular, nylon stockings was what women wore.  These stockings often had a reinforced toe and heel and had similar reinforcements at the top.  Some even still had seams.  So to hold up the stockings sometimes garter belts were employed but even more often, women wore girdles or panty girdles which seemed the choice of many women of that era.  The girdles had either 4 or 6 garter tabs that clipped onto the reinforced top. 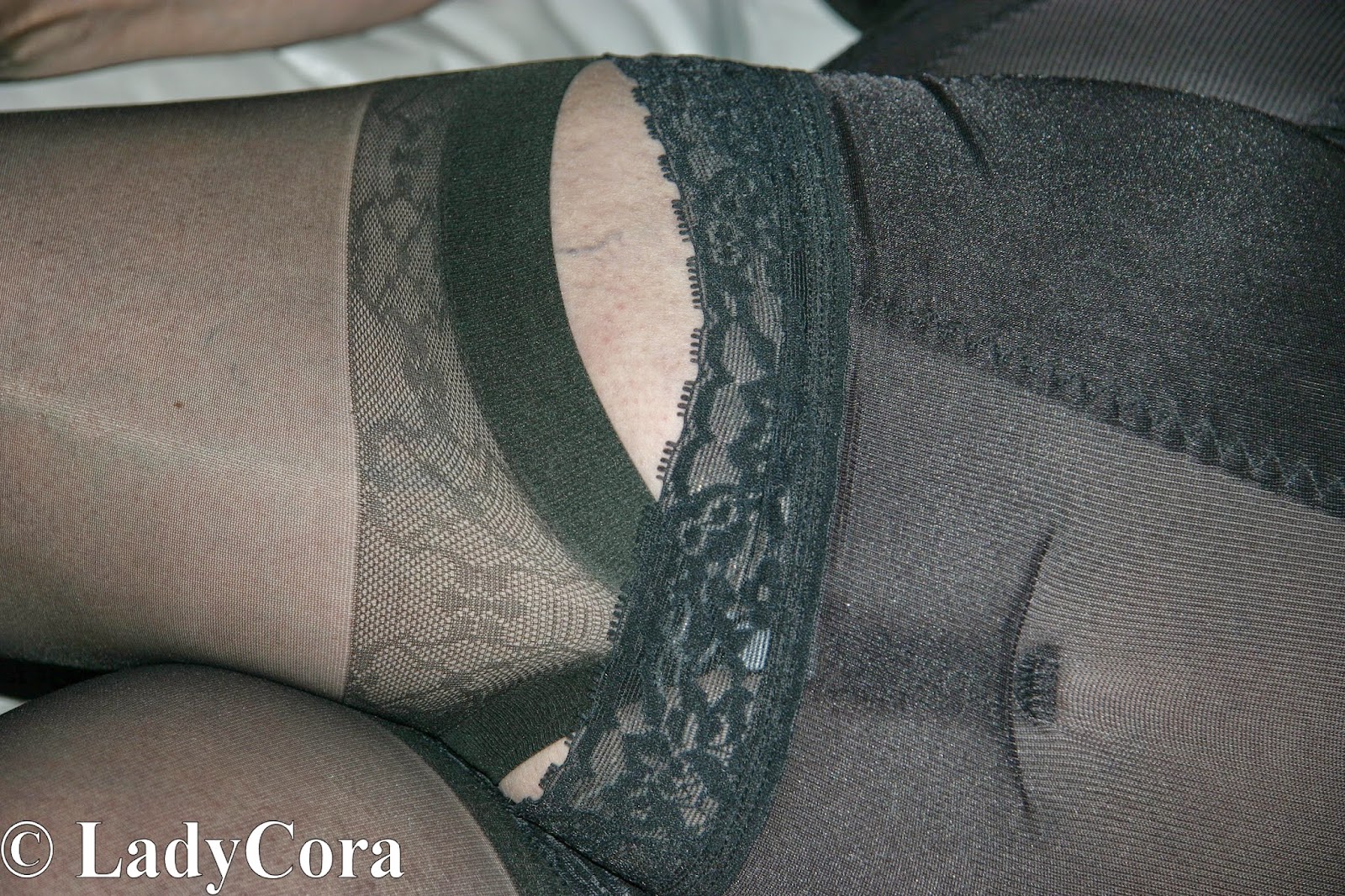 I can't say why but I found this entire arrangement very sexy.  Very!  I can still recall the first time my hand accidentally (well the first time it was an accident) brushed up against the derriere of one of my classmates.  It sort of bounced off her and I could tell she was wearing something extremely tight. 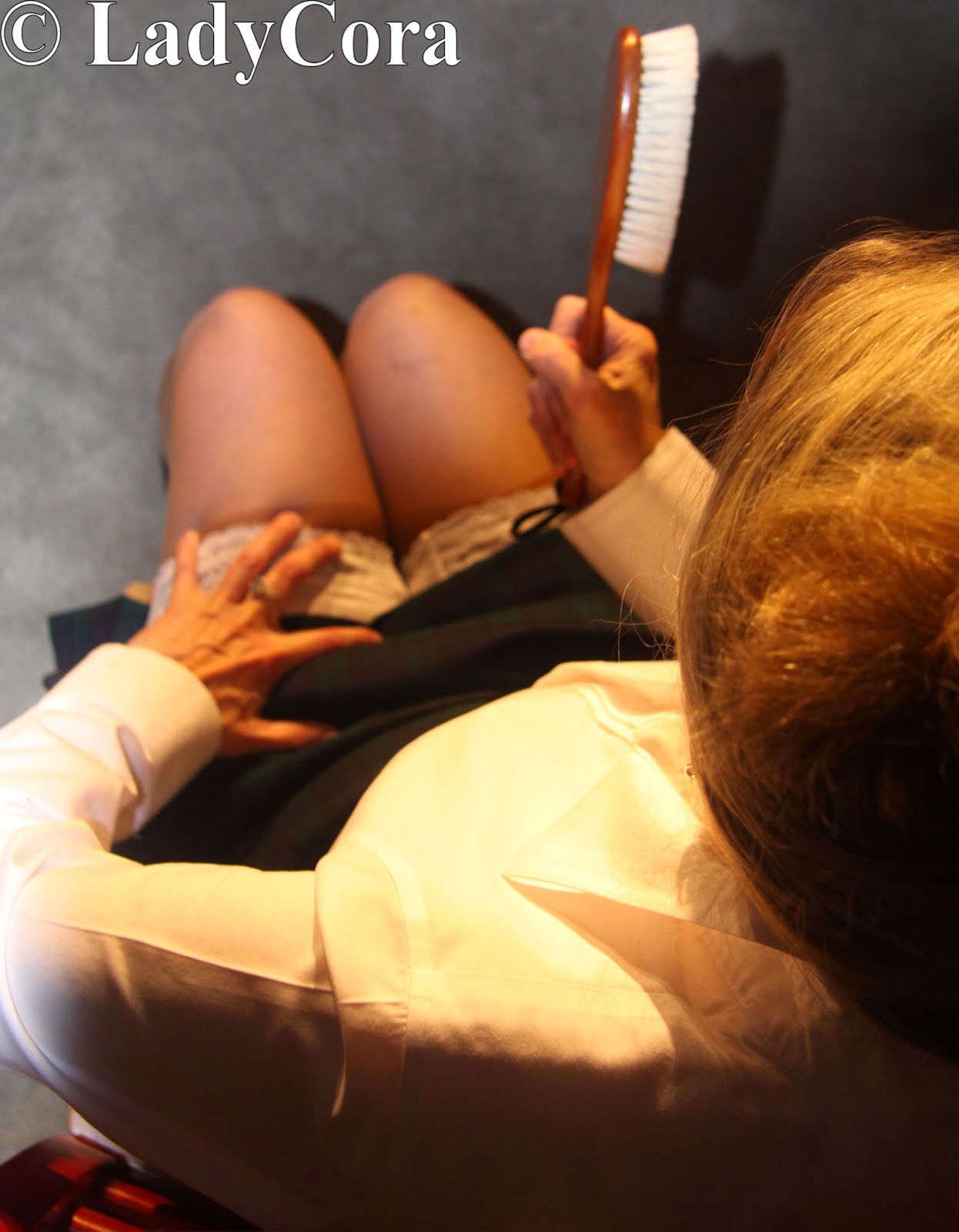 I was definitely hooked and during my high school dating years had lots of experience being with young women wearing them.  And to my delight I didn't take too much convincing Cora to get back into them.  She really surprised me early in our relationship when she paraded out of one of the dressing rooms at Sears showing off a black panty girdle.  Naturally I purchased it for her. 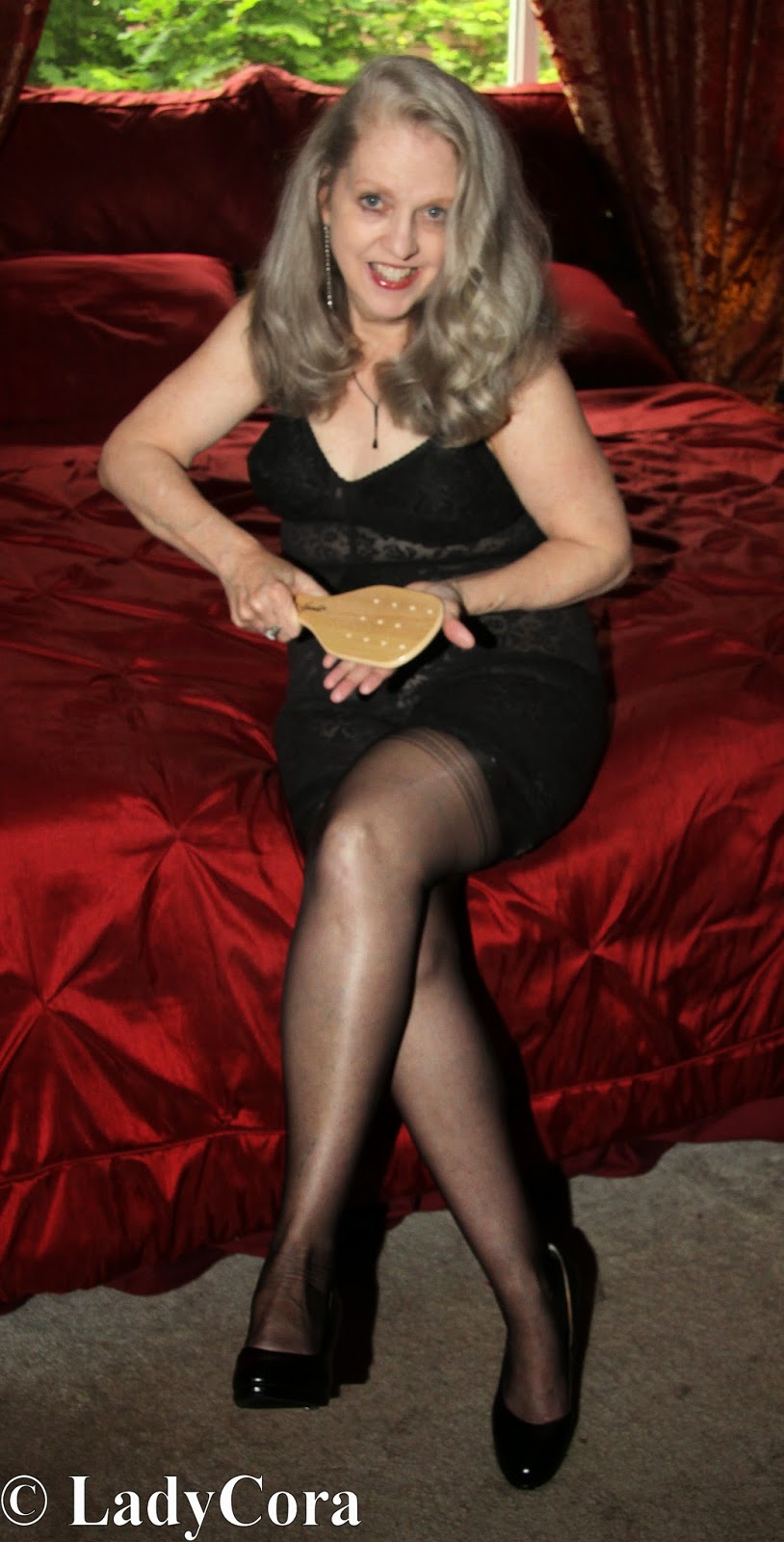 I think it follows naturally that my ideal image of a woman who is about to spank me is wearing a skirt over a panty girdle and stockings.  High heeled pumps complete the perfect image.  After seating herself she prepares for my spanking by hiking up her skirt which reveals the tops of her stockings and the tabs of her garters. 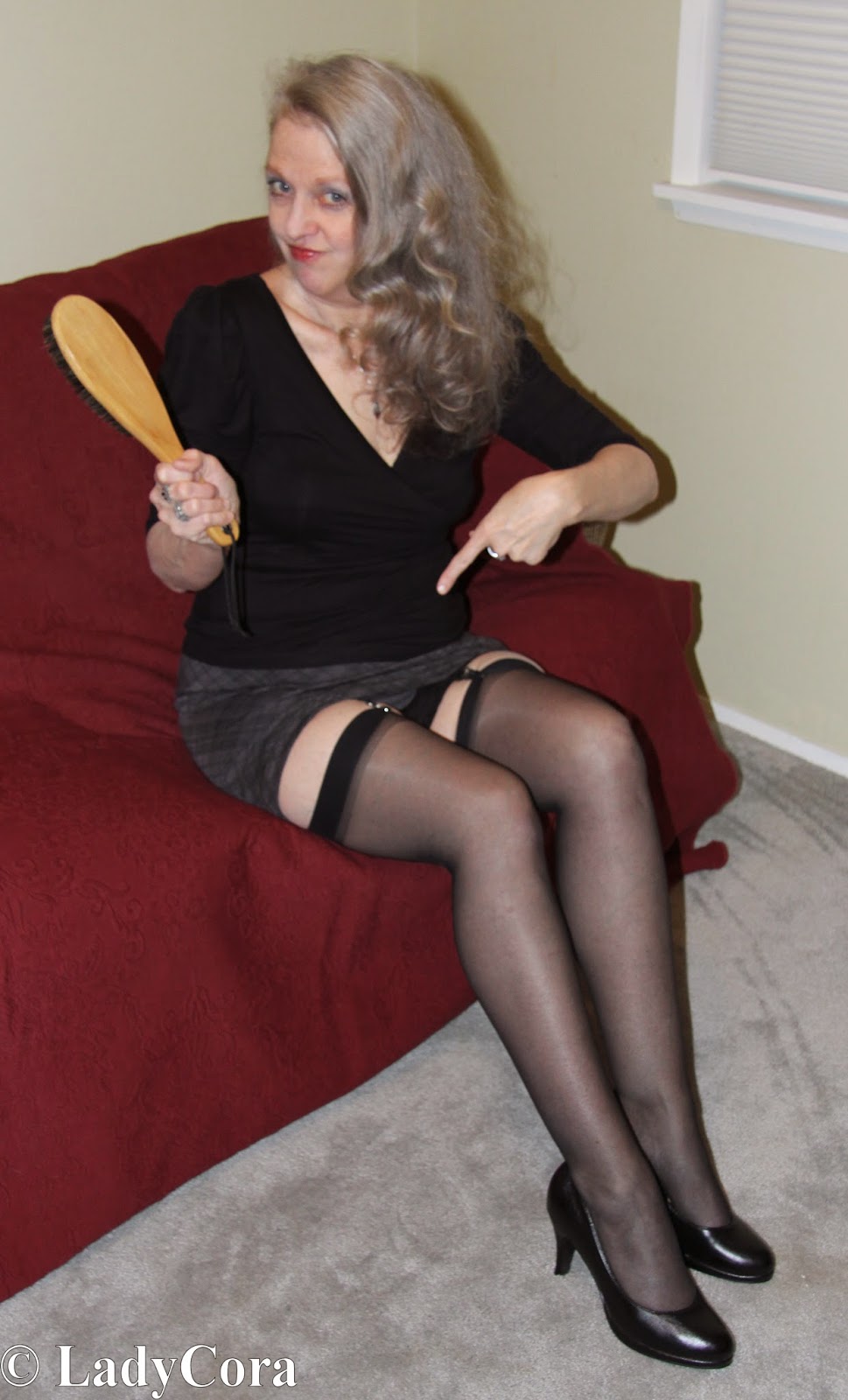 So it was quite a surprise when one of the comments to my story (which had described my ideal image in detail) mentioned that the story would have been better if I was lying over my aunts bare thighs.  Cora even noticed that comment and mentioned it to me. 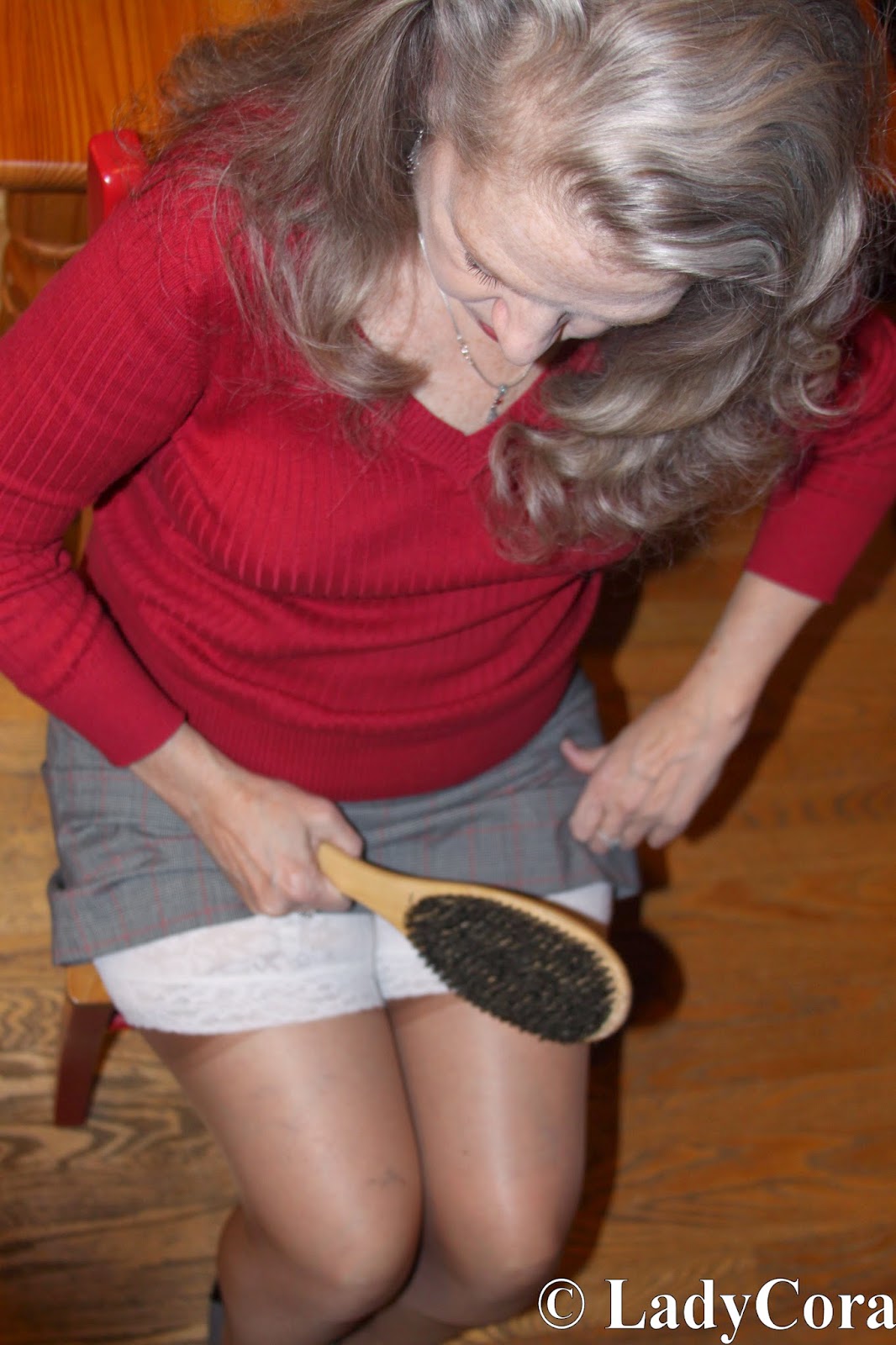 That comment caught my attention and got me to thinking.  Thinking about how things have changed.  While they are still being manufactured, girdles seem to be popular with only a small part of the female population.  And stockings (the real ones) are getting hard to find.  Thankfully Cora has a closet full of both and often (although not as often as I'd like) she wears them.  She has confirmed that they do make her feel better, more self confident and generally more powerful.  And sometimes she converts that power into a well spanked bottom (mine, of course). 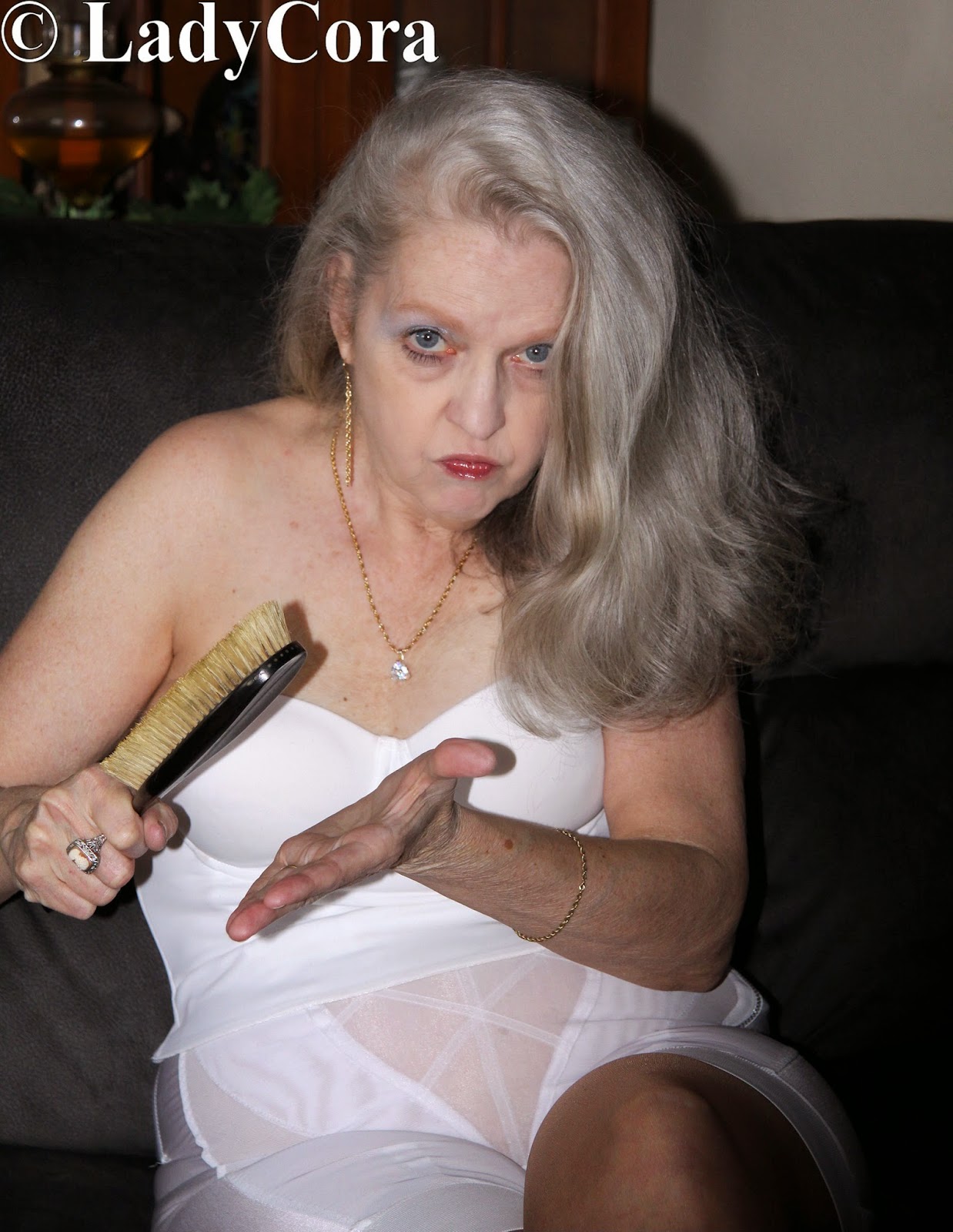 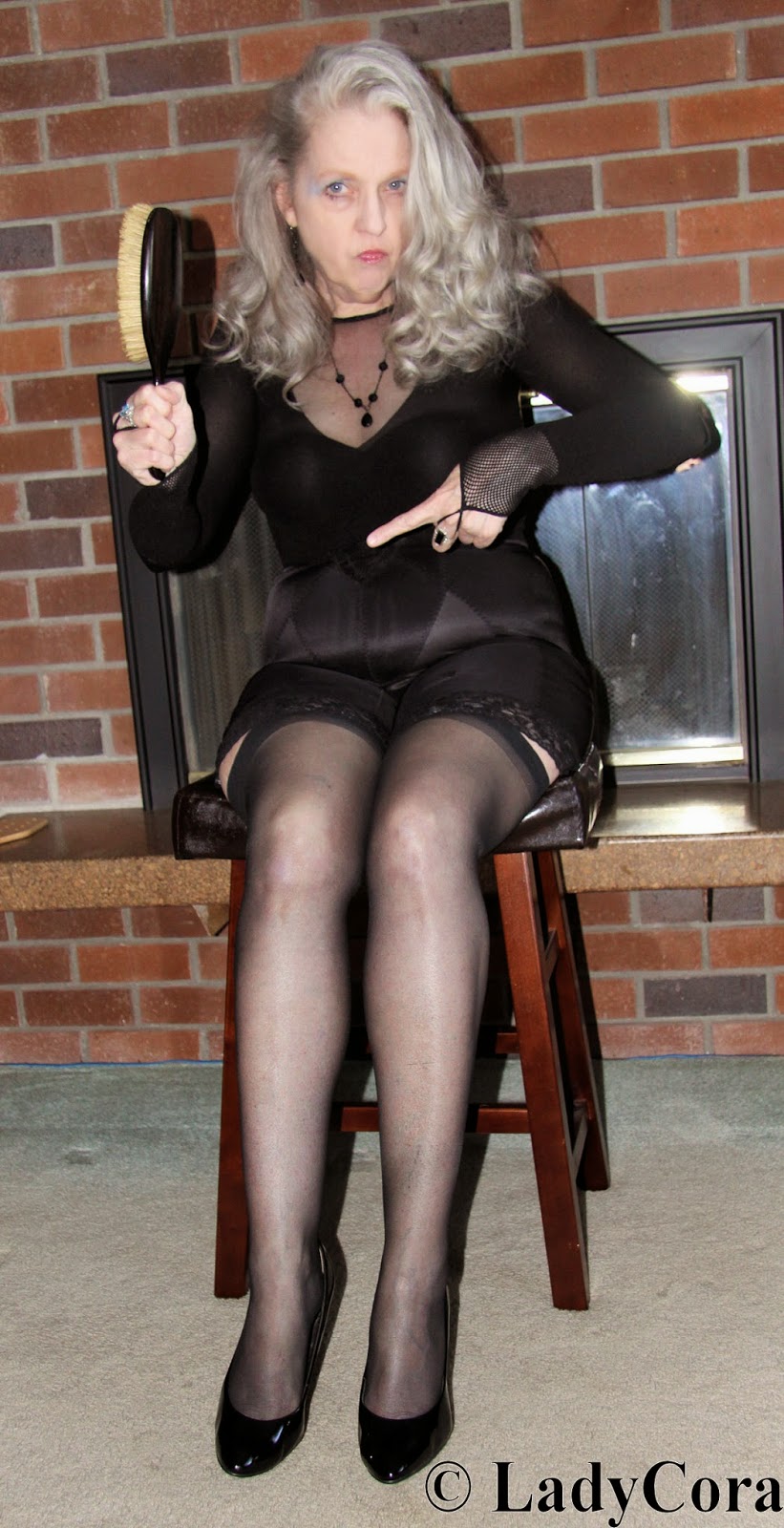 Posted by spankedbywife at 3:36 PM 7 comments: